Here we are, several months after I was sitting outside during intermission of Welcome to Your Alternative Reality. One of my theatre group’s company members approached me and quizzed me about my desire to work on a show after this run ended. The play was Edward Albee’s The Zoo Story. It was the very first play Albee had written, around 50 years ago.  I like to have something in the hopper, and didn’t have a theater commitment after Alternative Reality. I said, “yes!” 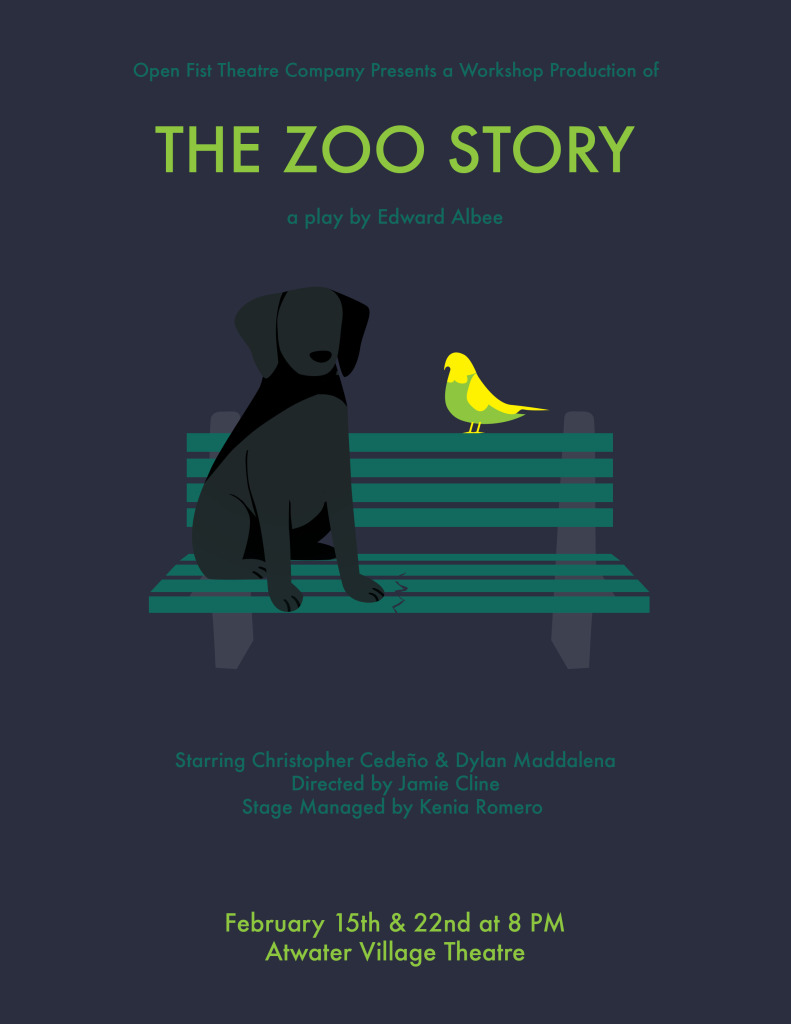 Here we are!! That’s THIS WEEK. Time flies. In typical play production fashion, the show was coming apart at the seams one day and came together the next. We could rehearse forever and find new and different things, but at some point it’s time to perform the thing. Thankfully, that’s where we are in our process: time for an audience!!

The Zoo Story is a passion project for Chris Cedeño – Jerry in the play – who is the one who approached me that day several months ago. I was intrigued. Never having read the play, I was astounded at how modern their world is in the show. It’s about 2 very different people from wildly opposite backgrounds and social means. They do not know how to communicate. And it turns out there have been people willing to go to extraordinary lengths to express themselves and get acknowlegement of their pain since at least 1959. Come and see.