Out of ALL the X-men movies so far, only X2 has been any good. And it hasn’t aged well. I’m mildly excited to see Capt. Picard & Magneto (Both of them) back in action next summer. And a blue, naked Jennifer What’s-Her-Name isn’t a bad selling point either. But isn’t X-Men vs Avengers the movie I’m REALLY waiting for? Is that EVER going to happen?

All I keep thinking since seeing The Wolverine is “PLEASE Fox, GIVE THE X-MEN BACK TO MARVEL!!!” Give someone else a shot – someone who has managed to string together a series of really good (not great, but REALLY GOOD) comic book movies together – to make a GREAT
X-Men movie.

Casting Sir Patrick Stewart as Professor X was a stroke of Genius. And Hugh Jackman is awesome as Wolverine every time. It’s just… the freaking movies are all crappy! I can’t think of a better word. They’re all just… kind of crappy. Plot holes, bad special effects, undeveloped characters plague every single one of the Fox hero movies. I wont even get into Daredevil, The Punisher, or Fantastic Four. It’s not worth my keystrokes. But at some point, on SOME LEVEL, can’t these PROFESSIONAL MOVIE MAKERS with hundreds of millions of $$dollars$$ available to them… Can’t they put just ONE SINGLE GOOD MOVIE TOGETHER?!!?? 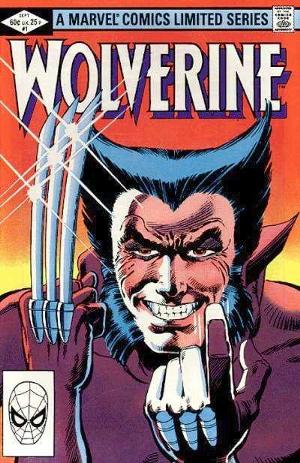 I have some of the early Wolverine comic books, including the 1st issue of the limited 5-issue series the recent movie was based on. And for the love of GOD, they’e GOOD STORIES!! What the hell? The thing about The Wolverine isn’t so much that it’s bad. It was about as good as last summer’s Spiderman reboot. I’d say Man of Steel was even a notch above the level of those 2 movies, though it was very similar to The Wolverine in that it was a nice little movie until the last act where cartoonish CGI took over. And we all want a good movie. For God’s sake, we’ll all go shell out $15 to see the damn thing every time. I think we at least can start asking ourselves, “At what point do we wash out hands of Fox’s X-Men product?” I’m sick of getting excited and then being disappointed. It was a fine movie. The 1st 2/3 of it was decent (just like Man of Steel). But where was the “Berserker Rage”? Why didn’t he take down all those ninja? Why do they NEED to include peripheral, out-of-context mutants like Viper? And C’MON with the Iron Man rip-off of an ending. This is my point: These are the top-of-class in professional film making, with unlimited money to spend. And its the same playbook over and over and over ad nauseum.

Go see Pacific Rim again for some (not even really) original storytelling, great F/X, and INCREDIBLE action and wait for The Wolverine dvd.