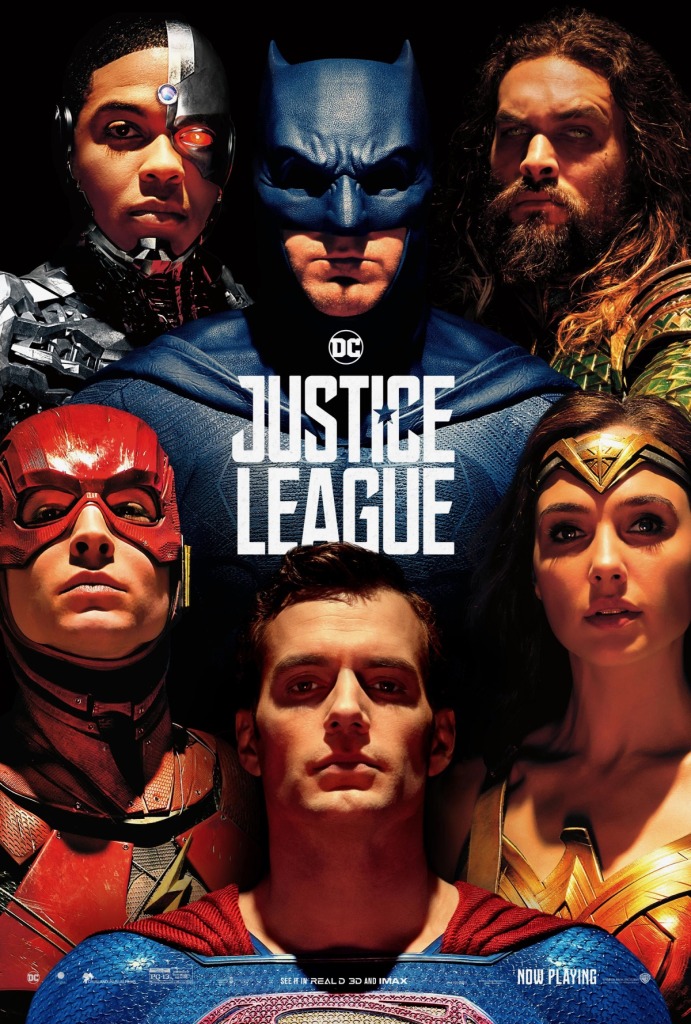 I have been avoiding this since November. So I went to Justice League. I wasn’t expecting much because there wasn’t much to expect. Couple things:

-The movie started filming 2 weeks after BvS was released to horrible reviews. Same team, including the writers and director. Can’t say if there were studio people shuffled around, but I suspect it was also being produced by the same studio executives.
-In the middle of filming, the director left the project and Joss Whedon came aboard to finish reshoots and post production.
-Also during that time, Warner Bros evidently decided to completely retool the ENTIRE slate of DC films that had been announced (cancelling all of them save for Wonder Woman and Aquaman, which were already in production).

That’s what they call chaos. There isn’t a good time to change directions with a movie that’s in production on any level. Even if nothing had been cast or filmed, if a tonal change (let alone script and character alterations) is in the works, that can kill a project completely. Among a million other reasons a movie can go off the rails, if the franchise itself is in jeopardy just as it’s crown jewel is on tap, it’s a miracle if the movie doesn’t suck.

The Matrix was a movie that had some studio interference. That worked out. Rogue One was famously plagued with an overhaul of the 3rd act. And I enjoyed that. We’ll soon see how this works out with Solo: A Star Wars Story. It can be done. A movie CAN be saved.
Unfortunately that’s not what happened here. Look, I’ve seen this movie several times now. I saw it 3 times while it was in theaters, and there is a LOT to enjoy.

I’m 100% over the ‘back and forth/will he-won’t he’ with Affleck and the Batman. Go away or commit. But pick one. Regardless, he’s great in the role. And that continues here. His toys and costume both took a big step backward though. I guess all by himself, he built a plane that doesn’t look like it could fly in real life, and some kind of wall-climbing machine that … I can’t even figure what to say about how dumb the “Knightcrawler” is. A throwback to the Schumacher era is about the nicest way to put it. 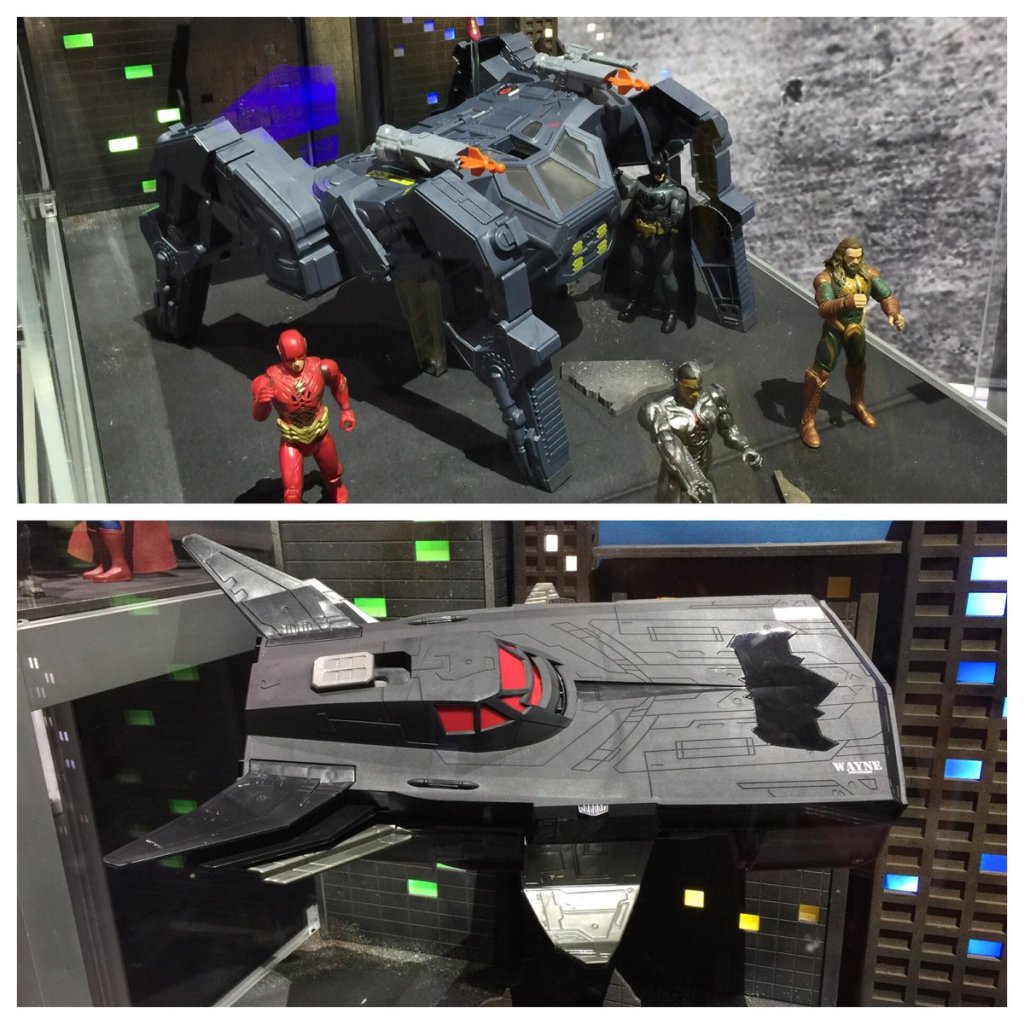 They don’t even make cool toys. (Not for grown children like me anyway)

Wonder Woman remains the strongest character in the group. I liked Jason Momoa as Aquaman and am actually looking forward to that movie later this year. Ezra Miller was a decent Flash. We’ll have to see how that goes.
Overall, the team was pretty cool. When I said there was “a LOT to enjoy” the team is what I meant. But then there’s the rest of the movie.

First of all, Justice League was about 30 minutes too short. It was CLEARLY intended to be about 3 hours long and it’s been reported the studio demanded it be cut down to under 2 hours. We could see this in real time because there had been footage and trailers out for over a year. That maybe wasn’t a great idea, but the point is some of the scenes I was looking forward to were missing parts that I had seen in those released clips/trailers.
And there are basically 2 glaring issues that keep this from being a good movie:

1) The bad guy. What can I say that hasn’t already been said? If this movie came out in 2002, Steppenwolf might (*maybe*) have been acceptable. But it’s not 2002. And a full-CGI character that looks like a video game is NOT ok. 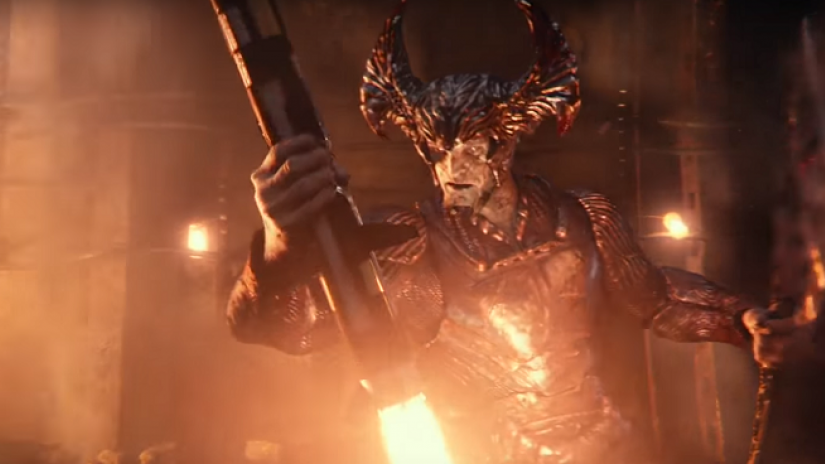 I’m done talking about this. The character sucked, he had obviously been altered during all the changes and course-correcting, and he simply didn’t work or offer a threat large enough for the team-up of the most powerful individuals on the planet. Especially once it came to light one of them was really enough. Which brings me to…
2) Superman. Oh boy. Ok. So there’s a whole thing that happened back in the early 90s. It was a storyline called “The Death of Superman” and it was groundbreaking and very popular. Not that it was ultimately a great beat-by-beat story, but the death of the greatest superhero of them all was a big deal nonetheless. It’s where Doomsday was introduced (remember that CGI creature from the end of BvS? Yeah. Him). But that year-long story arc extended through Superman’s death and return. I’m not suggesting it should have been adapted exactly as it was in the comics. We had already rushed to kill Superman probably too soon, before he was clearly established. That was a wildly bold choice and one that split the fan base dramatically. I thought it was fine though. Bringing him back, however, would require a light touch since now he’s been killed and brought back to life before he even has his own sequel or really, before he’s even committed himself to BEING Superman. This is when you smack your forehead and leave your head resting in your palm for several seconds. No black suit. No Kryptonian regeneration chamber, no green crystal… nothing we were familiar with as fans of Superman, his past movies or his comic book storylines. In a way, this is bold too. But for whatever reason, I’m having a very difficult time reconciling these choices, despite my willingness to do so for BvS. Instead, we’re introduced to the ‘mother boxes’ – kind of like the tesseract in the MCU, but 3 of them that need to be joined before they can open the portal for the invading army – and before really learning about what they are or what they do, Batman has the brilliant idea to recreate the experiment Lex Luther performed in the last movie WITH Superman’s body. In the movie, Wonder Woman briefly suggests this is a fucking dumb idea since they have no idea what would happen. Who’s to say Superman wouldn’t immediately be ‘Doomed’? Frankly, I’d rather they had done something like that and made Superman the bad guy, forcing the team to come together. Instead, he’s brought back immediately and within 15 minutes, he’s back in his suit (somehow much brighter than it’s been through 2 films already) and single-handedly beating the hell out of Steppenwolf, a guy none of the other League members could handle.

I don’t even know what else to say. I’m the guy who is constantly defending these movies. And the truth is, I will definitely watch Justice League again. There are 2-3 scenes I really enjoy. Beyond that, the main thing I feel is sadness. Disappointment. I’ve said this many times, but these are my favorite characters. Marvel Studios has proven that a shared universe is possible. Not only that, but you can integrate crappy, 3rd rate characters into it with highly enjoyable solo movies. Then when you make a team up, it’s great to see it populated with so many characters, few or none of whom need an introduction.

Life goes on. Wonder Woman was a hit and Aquaman was already done with principle photography when JL came out. So this DC Universe will go on. Just as I have to, knowing the good characters are stuck in 2nd place, behind the Marvel machine. I will never be able to root for Captain America or Ant-Man the same way I want to for Batman or even Superman. As we approach the 10-year culmination of the MCU with Infinity War in May, I remain hopeful DC will find their way. Hopefully it doesn’t take another decade and/or a reboot to so do.