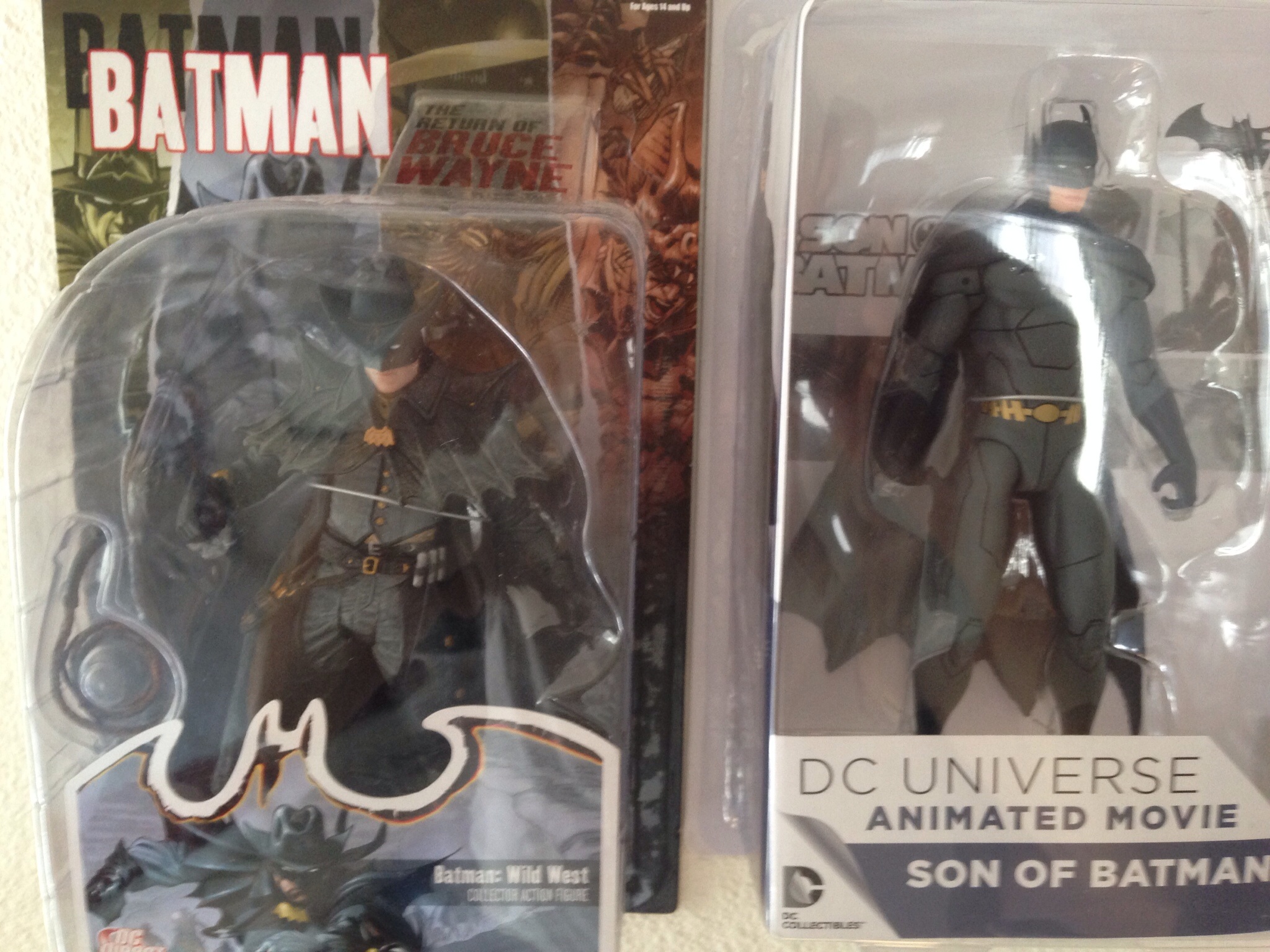 Batman toys are normally what I run to. I went specifically to a GREAT comic store in LA called Meltdown. Boy is that an awesome place. Right on Sunset across from the Guitar Center, and it’s big. Really big. Big enough that it’s not just comics. It’s not even just comics and toys. It’s comics, toys, games, events, and maybe best of all, classic toys and action figures displayed behind glass, but still for sale. This was where I picked up the Batman from the Son of Batman animated movie. Is it the best toy ever? Is it even as cool as the Old West Batman it’s next to in the picture? No. But I wanted a toy, so I bought it. And for a while, I was really excited. Who knew what I would learn just a week or two later? 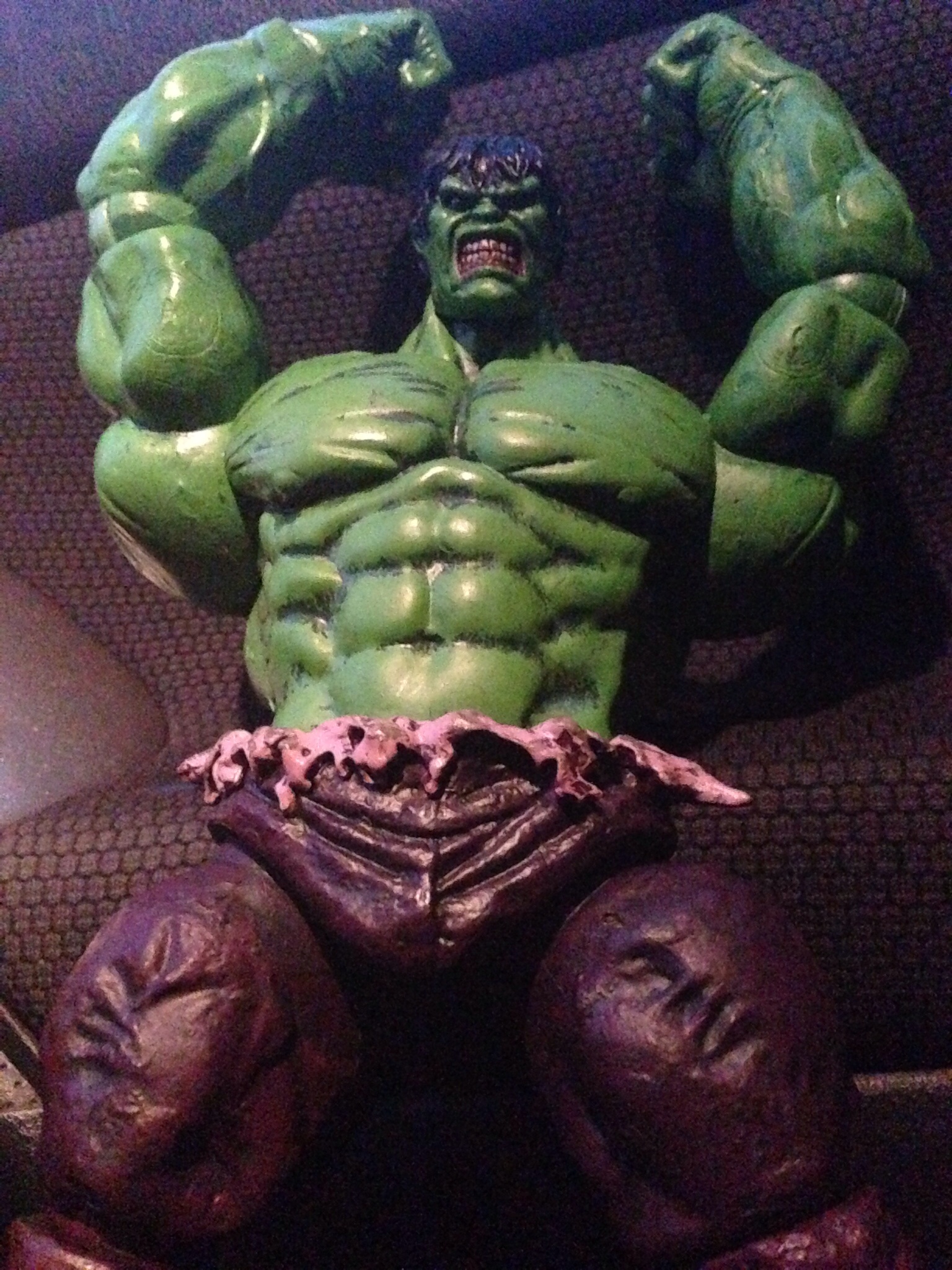 So yeah. This guy. I’m not even a big Hulk fan. But I was visiting with some friends and their year old baby. He was restless so someone suggested the “kids section” of Barnes and Noble.

Am I the ONLY PERSON ON EARTH that didn’t know B&N has the BEST toy section EVER!?! Awesome action figures, tons of games, and it’s not just the quality; it’s the straight dope quantity of quality!!

There was a Batman figure, but oddly I didn’t like it very much. Then I saw Hulk. And I bought him. And I love him. And I can’t wait to go back!!