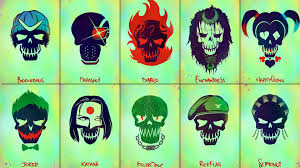 I’ve said this before and I’m repeating it now: Any time Batman is in a movie and he’s awesome, I’m happy.
Most – not all, but most – of his scenes show up in the trailers. And of course, we saw images of Batman riding on top of the purple Lambourghini about a year ago. There’s even more than that stuff in the movie, and its GREAT! Much more Batman than I was expecting.

The same story goes for the Joker. Heath Ledger was incredible almost a decade ago. There’s no disputing that. I’d argue Batman Begins was a better Batman movie, but The Dark Knight comes in a close second for me. They’re both so different than Batman v Superman that it’s almost not fair to compare them. And I’d argue that 5 minute scene in BvS where Batman saves Martha Kent is the best 5 minutes of action in ANY Batman film ever. …That’s all a different topic though. Joker was far and away the best part of The Dark Knight and it’s not even close. Did Jared Leto’s Joker do for Suicide Squad what Ledger’s did for TDK? No. He wasn’t in enough of the movie – nor was he central enough to the plot – to make that much difference. Still, it was pretty awesome seeing Joker on the big screen again. There are stories surrounding Leto’s method during filming that make for almost as much entertainment as his scenes in the actual movie. It showed. He was scary, but in a very different way than any other Joker-in-film we’ve been given before. He was mostly there chasing after “His Harley” while the Squad was on their mission. Though the sample size was small – maybe 5 scenes – I can’t wait to see more.

Margot Robbie as Harley Quinn. I think this is what will knock the movie out of the park for most fans. How do you turn a cartoon character into a real person audiences will believe in?
Like THIS: 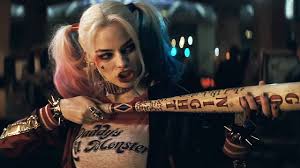 I’m not even going to touch the psychology of WHY she’s so attractive, but trust me… you have to be dead inside to not appreciate her. Moreover, she wasn’t just some one-dimensional nutcase who does whatever the Joker says. I’m sure there are plenty of people who won’t love some of the suggested mysogeny inherent in HOW Dr. Harleen Quinzel became Harley Quinn. What the movie did to update the character was to make her at least AS CRAZY as the Joker, even showing us that she CHOSE to throw herself into the chemicals that turned the Joker years before. Like the Joker character, I’m in. I want MORE!!

Will Smith/Deadshot. I’m a Will Smith fan. When has he ever been bad? I mean, EVER?!? Even if the movies he’s in aren’t great, he’s great in them. No different here. Besides Harley, and maybe Amanda Waller, this is the character that gets the most play out of the movie. Probably because Smith’s a huge movie star, and also maybe because he’s really good, his character is onscreen a lot and get’s some good back story about how he came to be in prison. It’s my 2nd favorite part of the movie (The BEST being when Batman chased & rescued Harley from drowning)

So, ok. The movie DOES have some problems. The plot was weird. And Good Lord, the bad guy was TERRIBLE. That’s really nothing new for a comicbook movie. What’s weird is there are TONS of great villans. This is a WHOLE MOVIE starring JUST villans. And not only did they choose Enchatress to be the baddy, but the actress… um… This is hard. I mean, can I sit here in my apartment and blame the actress? Pretty much every scene she was in had her in full ‘special effects’ mode. And it’s certainly not her fault how she was written or what scenes the editors wound up using. But man, she was terrible. I’d say if you’re going to make a movie that isn’t quite finished being written when you start filming, and you’re not entirely sure how you want the story to go from A to B to C, maybe you really need a great, experienced actress who can pump out a believable performance without much guidance. Here, it seemed this poor girl was thrown out there and told to “be seductive” or something, which for a 20 year old, may not be enough. And they built up the effects around her, again, not quite knowing what they would be when they filmed her. That’s me imagining what could have happened there. All that said, there was one specific moment when she said to Col. Flagg, “Help Me” that I genuinely believed her. It was when he found her in the scene in this picture: 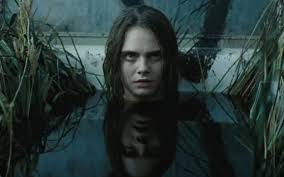 She was great in that moment so she’s definitely capable. Seems she was thrown into the storm and I just don’t think she has the experience to handle that on her own. 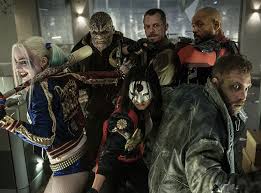 The thing is, THEY HAD THE JOKER!!! I mean, why not just make him the villan? Or ar least make him more central. I say that because 1) there already wasn’t enough of him in the movie, and 2) I’m pretty unimpressed with what we got. First of all, we were shown in The Enchantress’ introduction just how powerful she is, but then a couple people without powers took her down in a knife fight. Second, isn’t there anything else besides ‘take over the world’ or ‘faceless henchmen’ that villans can be doing? ANYTHING??

In the end, I really liked Suicide Squad. I saw it twice during opening weekend and I’m sure I’ll see it again before it leaves theaters. It’s always strange, isn’t it, when scenes and lines from the trailers aren’t in the movie? That plus talk about reshoots and competing edits of the movie make me think we’ll be getting a BvS-type DVD release with either a whole OTHER cut of the film, or MASSIVE amounts of deleted scenes. So I’m looking forward to that. And more than the DVD, I CONTINUE to be very VERY excited for what’s next in the DCEU.

GO SEE THIS MOVIE!!
4 out of 5 Stars. Rated PG-13 (unfortunately) for gun violence and (i guess?) disturbing psychological sexiness.