So Captain America: Civil War and X-Men: Apocalypse are out. Summer is upon us. May Grey is gone. The heat is on. And I’ve had a lot of time to think.

Despite #AllTheHate I’ve endured in the aftermath of Batman v Superman, the main thing I keep coming back to is this: I wil never EVER admit BvS was a bad movie. Won’t happen. If you read my immediate reaction to the film, you may think I didn’t like it. I was slightly undone by the wide separation of what I wanted vs what we got. And you can read that whole entry if you want me to expand on that. But having seen the supposed “superior” movie in Cap 3, I have to say all it did was make me think on BvS more.

Was Cap 3 good? Sure. It fit the characters together well, had a coherent and interesting story and did what every Marvel movie does, which is entertain us with an outsized ad for the next movie. The one glaring thing Cap 3 clearly did much better than BvS was show us (not tell but SHOW) the different perspectives Cap and Iron Man had and why that led to a battle between them. That’s big, and it was the single largest issue I had with BvS.

I have some thoughts about Civil War and how Iron Man and his constant fuck ups are the driving force for everything that has gone wrong in that world. Man does Stark screw up a lot; in gigantic ways. But that’s another post.

What I want to solidify here and now is why I LOVE BvS and why I’ll defend it until the end of the line (to borrow from Steve Rogers).

#1) Batman kills. This is a biggie and I’ve heard and read a lot of criticism about it. Here’s the deal: BvS drops us into the middle of the story. It’s not an 8 year build up where we all understand that Bruce Wayne created the ultimate weapon, made everyone believe nobody else could possibly replicate it, got that wrong, then built sentient androids that could kill us all, then blamed the only people on Earth that could stop his creation. No, this was something else. Batman had already been doing his thing for 20 years. He had lost most, if not all of his allies, including a young partner. This is an old argument in Batman comics. If he lets the Joker live, then the Joker goes and kills a bunch of people, who is responsible? What if it happens over and over? Then, what happens when its not a bunch of random citizens, but Batman’s own teenage partner? Isn’t it possible that Bruce would feel responsible for Robin’s death? Isn’t it possible, likely even, that Bruce (or anybody) would stop letting others help him and start making more dramatic choices? We have to remember that this isn’t a cartoon where the status quo returns to neutral at the end of every story. They’re building a world where there are consequenses to every action. For God’s sake, before Man of Steel, we would never have seen so much destruction and death resulting from a Superman fight. Of course he would draw the bad guy away from the city. Of course he would find a way to save everyone from everything. But that’s the point exactly – that one man can’t do it all and there are consequenses. So when Batman, a guy who has lost every friend and watched good people compromise, goes on a mission, he’s not taking chances. If dudes are actively trying to kill him, sure he’ll try not to kill them back. But sometimes, he can’t do it all!! He’s just a man. I’d say that applies to Superman too. In saving the entire world, a few thousand people died. Sorry. What should he have done instead? Let Zod live and allow him to continue terrorizing Earth? He made a choice and Zod died. Just like Batman has to choose every time he goes out there. And sometimes people die. Happens in real life every day.

#2) Martha. This is another sticky point for a lot of people. I have to believe even the harshest critics understand the fight didn’t end just because their Mothers were both named Martha. I mean, right? What I gleaned from that moment was Batman didn’t understand Superman actually IS a child of Earth. He HAS a mother and people who love him. There are people he loves. Moreover, in his very last moments, with his very last breath, Superman was still trying to save someone else. That’s pretty damn heroic if you ask me.  Was it strange that he didn’t say something like, “Lex Luthor captured my mother”? YES!! I get that and I agree. It was awkward and man, that’s part of the frustration I feel and why I’m even still thinking about BvS. Again, I WANTED certain things and I WANTED them to be perfect. As I’ve said before, that’s pretty unrealistic.

#3) Dream Sequenses. Ok. This one is rough. This is where I go into self-protective mode. See, I really liked the future sequence. Is it how this timeline plays out? Is it an alternate possible future? I DON’T KNOW!! And the friend that went with me on opening night certainly had no freaking clue what was happening. The Flash showing up in weird future armor AFTER the “dream” sure didn’t clarify anything. This is where the movie becomes not just more enjoyable for people who are aware of comic storylines, but may actually REQUIRE some loose knowledge of some storylines and events. I happen to have that. My friend did not. As a result, I was able to think, “Oh so Flash has come back in time from a horrible future where Superman has become a dictator to warn Bruce how to avoid such a series of events.” Was Bruce actually seeing that future or was he busy dreaming about his parents death? Not sure. It’s really not clear. So if you have no context, I can understand not getting it. I have some questions myself. This is what they are now able to play with in future movies. And I’m excited to see where it goes!

#4) Lex Luthor. Of all the defense I’m putting up here, this may be the hardest. I really didn’t like the character. He was annoying. Steve Sanders was also my least favorite 90210 character. Their look seems similar to me. There’s that. But ok. It’s done and this is our new Lex. Fine. I’ll accept it. And hope is a thing I continue to have. Clearly the guy had some power issues and maybe even some mild mental problems (beyond, you know, being homicidal). From what I understand, that high-level businessman version of Lex from 1978-2006 was a construct for the movies. That bled to the comics, and now that’s an entire generation’s definitive Lex Luthor. Things change. It’s a good thing. Maybe this wasn’t MY favorite interpretation, but I’ve heard quite a few “He was the only good character in the movie” arguments. Someone out there likes this version. Fans don’t seem to, but know who does? Lots of the gereral movie-going public that are like my friend and don’t have the comicbook foundation seem to be the ones that appreciated him the most. Say what you will about Eisenberg’s performance, the reality is he is a popular and talented actor. Millenials in particular seem to relate to him. Maybe because of The Social Network. Maybe because he’s different than most leading men out there. Maybe all the Michael Sara fans out there need their fix. Who knows? I am holding off my final judgement until I see the Ultimate Edition, where hopefully we will see that when Lex learns about the big cosmic threats out there, he goes off the deep end. Why that means he would want to kill the only guy who could possibly combat enemies so powerful remains unclear.  Seems like – if only to protect Earth so he can kill Superman another day – he would want to make a deal… Just this once? We’ll have to wait and see. In the end, Jesse Eisenberg is clearly a very talented actor. And though I’m one of the people that didn’t love this character, it’s not his fault. He did his thing and I respect that.

#5) Amy Adams. She can be in every movie as far as I’m concerned. Got a problem with her in this movie? Was it the bathtub scene? Because that was like, one of my favorite parts. I don’t mean to objectify … one of the hottest women on the planet. Or do I? Either way, as long as she’s on screen, I’m watching and not complaining. 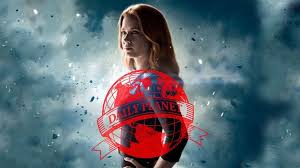 That’s as good a place to stop as any. You’ll notice I didn’t touch Doomsday. Maybe another time becaue this could go on forever. I’m likely to make a video about this too. If you want to look for that, check out my YouTube channel, MaddKingdom. You can also find me on Twitter @DylanMadd if you want to message me about any of this. Thanks for reading.